Men and the Human Papillomavirus

HPV comes in more than 170 forms (with certain subtypes being more ‘deadly’ than others) and typically transmits through sexual activity. Despite it spreading equally easily and causing cancer in both males and females, there tends to be surprisingly low awareness of what HPV is among men. It is unbelievable to me that the term doesn’t even ring a bell among the highly educated male friends in my social circle, with some even confusing it with the Human Immunodeficiency Virus (HIV) or the Herpes Simplex Virus (HSV). Findings in recent scientific studies appear to align with my anecdotal observations. In the previous decade, data collected in one American university revealed that despite rising death rates in HPV-related cancer among men, less than 30% of males were vaccinated. Another report painted a similar picture: the awareness of HPV and the importance of its vaccination dropped by a whopping 10% among men between 2013 and 2018. Sexuality also appeared to play a role in HPV awareness, with the LGBTQ+ community appearing to be more conscious of the threat posed by HPV. It was found that men who have sex with men tend to be more aware of HPV and are more willing to get vaccinated for it in comparison with heterosexual men.

Reasons that account for this striking gender gap in HPV awareness are multifaceted, and the first concerns how HPV testing works. Designing a technically robust HPV test for heterosexual men is challenging; there are currently are no approved tests for penile HPV, and throat swabs appear to be unreliable in capturing the virus as well. Although urine-based tests have been tested scientifically for women, the reliability of urine tests for testing HPV has yet to be discussed in more detail for men. Further, for bisexual and gay males, anal pap tests are only given if especially requested. In the absence of reliable tests, men commonly do not know they even carry the virus (let alone know how dangerous their HPV strains are) and potentially spread it to their partners.

“A careless wild night may not only imply other widely-known sexually transmitted infections; it may also lead to an agonising cancer in older age”

Thus, what could the male population do to slow down the spread of HPV? Prevention measures are not hard to guess: using protection during sexual intercourse and getting all three doses of the HPV vaccine. In the UK, both girls and boys are vaccinated early on at ages 12-13; and contrary to popular belief, HPV vaccines can still be administered in adulthood. The vaccine would most likely be beneficial even if an individual has HPV, although this would depend on the strains of HPV currently existing in the individual’s system. In any case, a consultation with a health professional beforehand is always the best idea.

It is commonly understood that a careless wild night may imply unwanted pregnancy and other widely-known sexually transmitted infections, but what many of us fails to see is the same carelessness may lead to agonising cancer in older age – particularly for women and non-heterosexual men. These cancerous infections often happen in one-night-stands, and it simply isn’t worth getting cancer for a person whose name you won’t even remember after some ephemeral dopamine and serotonin. Both genders have the responsibility and the power to protect themselves and their partners from HPV-related cancers. The fact that there isn’t as much reason to worry about HPV among heterosexual men should not excuse them from the responsibility to build awareness of it, and it is high time to find out how best to do so on a broader scale.

Throat Cancer Caused by HPV on the Rise Among Men

Throat cancer caused by HPV on the rise among U.S. men, data shows. Oropharyngeal cancer has become the most common cancer caused by human papillomavirus over the last decade – occurring more often than cervical cancer.

The rates of men who are diagnosed with the throat cancer and die from it rose in nearly every U.S. state between 2001 and 2017, according to research conducted by the University of Texas. The rates among women only increased in the Midwest and Southeast.

“Rising oropharyngeal cancer among men is a documented public health concern,” said researcher Ashish A. Deshmukh. “Unfortunately, women in the Midwest and Southeast are also increasingly suffering from this disease.” 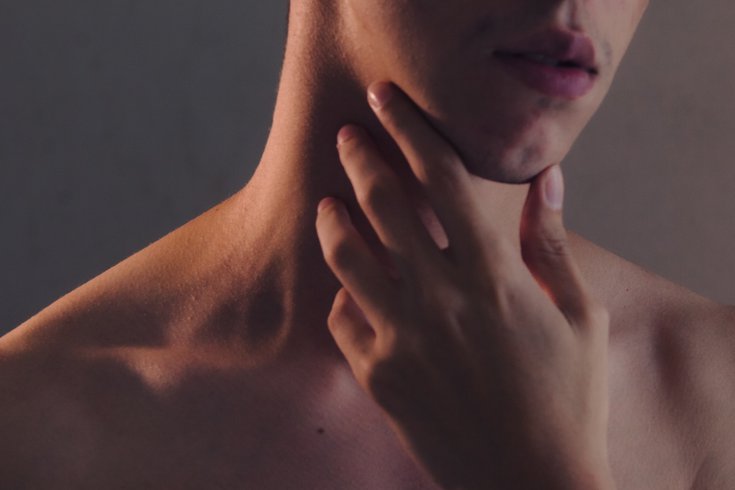 That’s also where the incidence rates among men jumped the most. And previous research has found states in the Midwest and Southeast to have particularly low HPV vaccination rates.

More than 90% of HPV-associated oropharyngeal cancers could be prevented if more adolescents received the recommended number of HPV vaccine doses, researchers said.

Oropharyngeal cancer affects the middle part of the throat behind the mouth. Symptoms include a lump in the neck and a sore throat.

There are 20,236 cases per year in the U.S., according to the U.S. Centers for Disease Control and Prevention. Seventy percent, or about 14,400 cases, are believed to be caused by HPV.

The number of people diagnosed with large tumors has increased by more than 4% per year, the University of Texas researchers found. And the death rate among men jumped by more than 2% annually between 2006 and 2017.

The researchers identified 260,182 cases of oropharyngeal cancer and 111,291 deaths between 2001 and 2017. White men ages 65 and older, and men living in he Midwest and Southeast were the most likely to be diagnosed with the cancer.

South Dakota had the most troubling surge, with a 6% annual increase. Kansas was next with an increase of 4.7%. The only states that didn’t see increases were Alaska and Wyoming.

“The marked increases in incidence among elderly men and advanced-stage tumors, as well as the concurrent increase in mortality in the last decade, are troubling,” said Haluk Damgacioglu, a postdoctoral fellow at the university.

For women, the largest jump in incidence rate was observed in Louisiana, at 3.1%.

In Philadelphia and across the country, vaccine hesitancy continues to be a driving factor in HPV vaccination rates. Some parents feel the vaccine is unnecessary because their children are not sexually active; others are concerned about side effects.

The HPV vaccine must be administered as two doses to provide full immunity. The CDC recommends children receive their two doses between ages 9-14.

The study findings were published in JAMA Otolaryngology-Head & Neck Surgery.