When A Dentist Dies from Oral Cancer

By Erron S Brady in All Posted January 4, 2022 Tags Death,Dentist

Dr. Manu Dua, a dentist practicing in Calgary, Alberta, discovered a lesion on his tongue around his 33rd birthday. He showed a photo of it to his sister, Parul, who is a dentist practicing in New York. “Get it biopsied,” she pleaded. He replied, “A dentist can’t have oral cancer. I’m too young.” Less than 2 years later, Dr. Manu Dua, a dentist, died from oral cancer.  He was 34. What happens with a Dentist dies from Cancer?

Manu had no risk factors for oral cancer.  He was young and didn’t smoke. He only had an occasional drink. He was athletic and had a healthy diet.  No one would suspect that the lesion on his tongue was cancer, not even him, not even the oral surgeon who thought it was lichen planus and prescribed him a steroid. His symptoms worsened: trouble speaking, pain on eating, and difficulty sleeping. Then came the devastating biopsy result – Stage 2 squamous cell carcinoma of the tongue.

The cancer was treated by removing the left half of Manu’s tongue and the lymph nodes from the left side of his neck. His tongue was repaired using the radial artery from his left arm and skin from his right thigh. He had to learn to speak, chew and swallow again. He recovered quickly and returned to the dental office that he recently opened. Less than a year later, he noticed swelling on the left side of his neck after he had a restoration. The cancer was back. A malignant lymph node on the left side of his neck was left behind. The dentist’s oral cancer had spread throughout his body. It was the beginning of the pandemic and Manu had to return to the hospital for more cancer treatment.

Manu endured 33 rounds of chemotherapy and radiation around his 34thbirthday. He sold his practice and decided to focus on his health. He bought a Porsche and was ready to enjoy life. A few months later he had a chest CT. A large tumour was growing in his chest. The treatment didn’t work.

Manu deteriorated over the next few months. The young dentist known for his muscular build and fun personality could barely walk or talk. He could barely breathe due to the fluid build up in his lungs. It hurt to eat and sleep. As he struggled to survive, alone in a hospital room, he wrote a book about what he learned from living and suffering called, Life Interrupted, Dr Dua’s Survival Guide. (Available on Amazon and on BN.com). He wrote, “One of the most important things that I have learned during these turbulent and difficult times is to accept the loss of control, and continue to ride the wave day by day. What is imperative is inner peace, strength and truly believing that there will be a better life in this world or the next.”

Manu, a dentist was dying of oral cancer. His parents called Parul asking her to come and say goodbye, as he went into organ failure. Across the border during a pandemic, Parul frantically got documents and COVID tests to get clearance to visit Canada. She didn’t make it in time. On a WhatsApp call, Parul tearfully said goodbye to her younger brother. “You can let go now.”

This is a sad story, but the story doesn’t end here. A new story has started. It’s a story that involves all of us doing thorough oral cancer screenings, referring suspicious lesions for biopsies, talking to our patients about decreasing risk factors, and encouraging the HPV vaccine which decreases the risk of oropharyngeal cancers. Manu is not here to tell his story. But we are here, and we can write a new story where no one dies from oral cancer.

Dr. Parul Dua Makkar started in Dentistry with a DDS in 2003, then worked in private practice in Calgary. In 2006, she moved to New York and did one-year general practice residency at Staten Island University Hospital. Makkar currently has a private practice in Long Island, New York, where she lives with her husband and two sons. 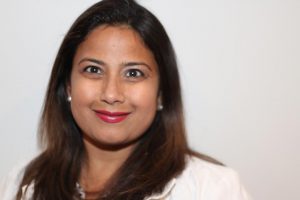 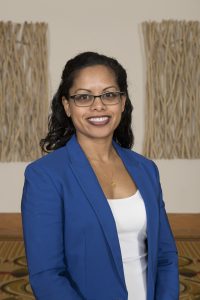