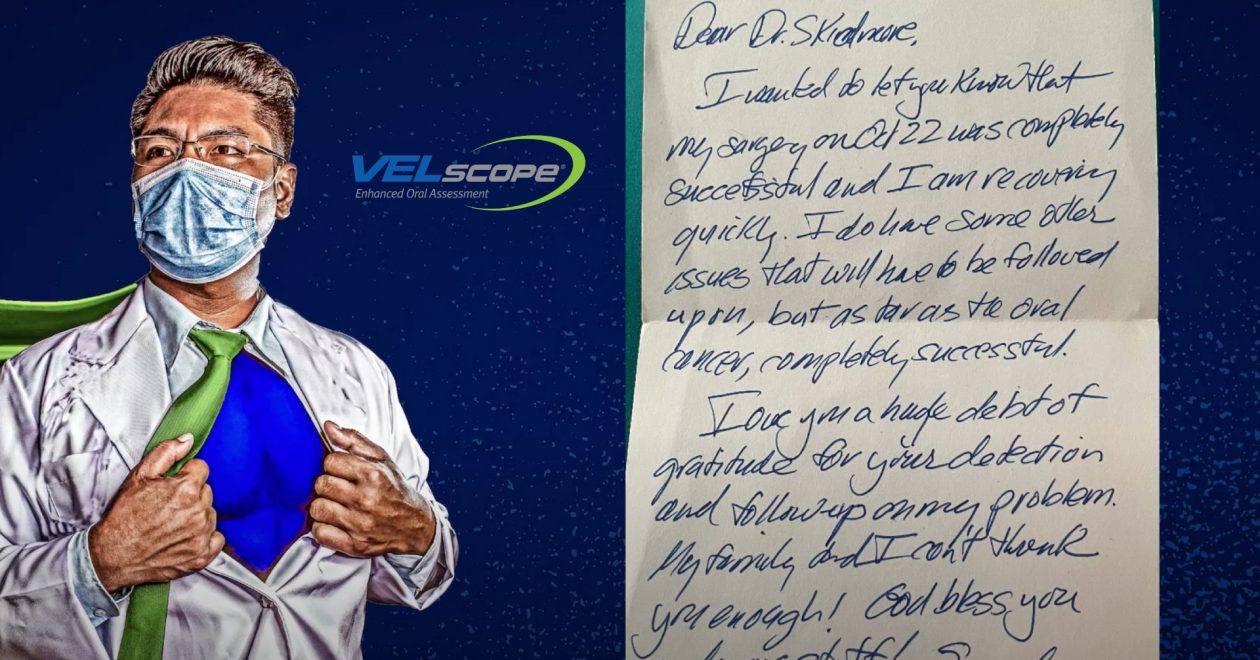 In this VELscope Hero Vlog Spotlight, Dr. Julia Heinrich, shares her story of an oral cancer survivor patient, and how detecting early with VELscope saved his life.

And my story begins in Washington, DC. When I was still Dr. Julia Skidmore.

I met Dan and his wife at the tour of the Capitol building. And we found out we’re both from Kansas city and they were looking for a new dental home. After a few years of being a patient, I found a lesion in Dan’s mouth that looked like a herpetic lesion.

So I waited about two weeks reappointed him. And when he came back, I noticed that it hadn’t changed much.

So I took out my VELscope and took a look at the lesion and saw an abnormality. So I referred him to the oral surgeon and the oral surgeon who is a friend of mine. We, he actually called me and said, are you sure we went over?

I see this, it looks like a herpetic lesion. I said, I know, I completely agree, but I took out my VELscope and it says something different. Can we go ahead and get a biopsy?

Sure enough, it was oral cancer.

It was aggressive, but caught early.

We had them go in for surgery and it was a very successful surgery. It was aggressive, but caught early. Dan to this day still attributes my, my attentiveness and technology to his being here.

So appreciative and so kind about it. Anyway, it’s something that’s just makes me feel great.

It’s one of my favorite stories about being a dentist and I wanted to share it with you.

This is a paragraph.It is justify aligned. It gets really mad when people associate it with Justin Timberlake. Typically, justified is pretty straight laced. It likes everything to be in its place and not all cattywampus like the rest of the aligns. I am not saying that makes it better than the rest of the aligns, but it does tend to put off more of an elitist attitude.